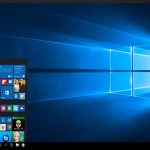 In my latest podcast I explore the reasons that Linux desktops, despite many benefits including being free, have not put more of a dent in the Windows and Mac OS X hegemony. Here’s a hint: It’s stupid little things.