Microsoft Loves Linux and FOSS Because of Developers 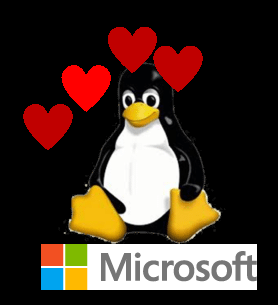 This was published previously on the Amalgam Insights site.

For much of the past 30 years, Microsoft was famous for its hostility toward Free and Open Source Software (FOSS). They reserved special disdain for Linux, the Unix-like operating system that first emerged in the 1990s. Linux arrived on the scene just as Microsoft was beginning to batter Unix with Windows NT. The Microsoft leadership at the time, especially Steve Ballmer, viewed Linux as an existential threat. They approached Linux with an “us versus them” mentality that was, at times, rabid.

It’s not news that times have changed and Microsoft with it. Instead of looking to destroy Linux and FOSS, Microsoft CEO Satya Nadella has embraced it. Microsoft has begun to meld with the FOSS community, creating Linux-Windows combinations that were unthinkable in the Ballmer era.

In just the past few years Microsoft has:

Why is Microsoft suddenly going full steam ahead into the Linux/FOSS world after decades of antagonism? Some of it is because of CEO Nadella. His world view seems to be different than the Microsoft of the past, even if he is a lifelong Microsoft manager.

More importantly, the acceptance of Linux and FOSS is driven by developers. The developer world used to be a Microsoft versus Linux-FOSS affair. Developers worked in a Microsoft shop, IBM shop, or FOSS/Linux shop (which included Java) and then the IBM shop merged with the Linx/FOSS one. Some companies were broken up into several “shops” for server and transactional computing (typically Linux/FOSS/Java) and desktop computing which was often Microsoft driven.

This is no longer the case. Developers move between environments, using whichever languages and stacks make the most sense for the application. On top of that, Linux and FOSS have infiltrated everywhere developers are through DevOps tools (which are often FOSS and Linux) and containers, which is a Linux technology. In addition, Linux has come to dominate the datacenter server farms and not Windows Server. To be a developer is to be part of the Linux/FOSS world even if Windows is part of the environment. Microsoft may dominate on the desktop but has had to embrace Linux in the back-end.

While the acquisition of Github was a bold move, there is still more for Microsoft to do if they wish to become viewed as “all-in” for Linux and FOSS. Native support for containers, especially OCI compliant containers, within Windows would be help developers to use Windows as their development platform and move components between Windows and Linux servers. Having to use a virtual machine image, no matter how lightweight, is opposed to the philosophy of containers. Even running containers in a Linux distribution on the Linux Subsystem for Windows is not how containers are supposed to be deployed.

A full version of Visual Studio for Linux would also help. As developers move between Windows and Linux systems, they would prefer to use the same tools. Visual Studio is an excellent development environment and would have advantages for Linux developers who code on that platform. Microsoft has taken the first step in that direction with Visual Studio Code for Linux, a Linux version of Microsoft’s excellent code editor. It’s time for the complete IDE and DevOps tool sets to become cross platform.

Of course, every Linux lover wants to see Microsoft Office for Linux.  Developers who code on Linux usually have to have a second machine to run email and Office applications or are forced to code in a virtual machine.  While this would be a help to developers, it is highly unlikely Microsoft would ever port Office to Linux. The return on investment for the development and support costs would be minimal if not negative. It would also jeopardize the Windows desktop franchise by making Linux desktops a viable alternative to Windows. It’s hard to imagine Microsoft risking both money and market share, even to appease developers.

Microsoft, after decades of outright hostility to Linux has recognized its influence in the developer world. It is in their best interest to continue to weld together the Linux and Windows worlds in ways that make it easier for developers to move between them. That means more Microsoft tools on Linux and Linux tools on Windows. No longer afraid of Linux, Microsoft should be expected to continue to embrace it as a vital component of software environments everywhere.