Docker Enterprise 3.0 is the Docker We’ve Been Waiting For

May 7, 2019 DevOps, software trends, Software vendors Comments Off on Docker Enterprise 3.0 is the Docker We’ve Been Waiting For 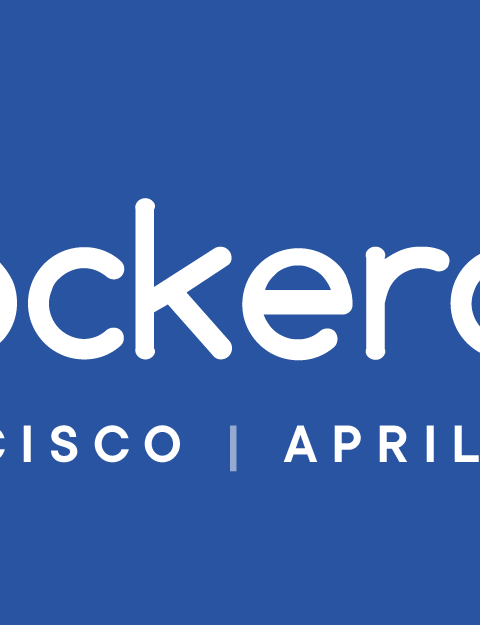 For the past few years, one of the big questions in the software industry has been what direction Docker would take. Much of their unique intellectual property, such as Docker images, had been open sourced and many of their products have underperformed. Docker Swarm is an excellent example of a product that was too little too late. While loved by Docker customers I spoke with, Docker Swarm simply couldn’t surf the swell that is the Kubernetes wave.

With that in mind, Docker has been moving away from the commodity business of container infrastructure and reinventing itself as a developer tools company. With the upcoming Docker Enterprise 3.0, Docker will have taken an important step in becoming a developer automation and toolchain company.

Docker E3.0, which is slated for general release in Q2 this year, provides a complete set of tools for packaging code into container images, moving that image down the developer pipeline, and deploying it to production in a repeatable fashion. These are new tools for modern developers. The ability to package code for different clouds, architectures, and OS’s is a serious advantage in the emerging multi-platform, multi-cloud world.

The real value of Docker E3.0 is in simplifying developer pipeline activities through automation. Instead, of writing endless YAML and then stitching together different CI/CD applications to form the pipeline (usually with more YAML), and endless CLI commands, Docker E3.0 makes this happen in a few simple commands and templates, generating all the command files necessary to create the whole pipeline.

This addresses one of the largest problems in DevOps today – the complexity of the DevOps pipeline. The whole purpose of DevOps and Agile is to push code out more quickly. In speaking to developers, we find a real fear that they will be overwhelmed with this new pace of releases. It’s not the writing of code that is at issue though; It’s the mountains of YAML and CLI commands necessary to take new code through the DevOps pipeline to production. Packaging code for deployment to different platforms and environments can take a tremendous time and effort. For some, this has meant going backwards to slower deployment cycles. Others have added more cost by hiring more people to handle all the packaging and moving of code to get it to production. Making software slower or more costly are antithetical to the goals of DevOps and Agile.

Docker Enterprise 3.0, especially Docker Desktop Enterprise and Docker Apps, are designed to directly address these issues. Docker Desktop Enterprise provide the tools to autogenerate Docker Compose and CI files, vastly simplifying the work to package code and move it down the DevOps pipeline. Instead of writing YAML, developers can now spend more time writing actual code. Docker Apps, which is bundled with Docker E3.0 but also available as a CLI plugin now, goes a step further. A CNAB implementation, Docker Apps creates a bundle of containers, making it easier to move whole microservices applications around. These tools plug right into common IDEs, such as Visual Studio Code, and work with common DevOps software such as Jenkins and GitHub, to make a developer’s life much easier.

Docker didn’t talk much about what would come after Docker E3.0. That would provide the community more confidence that Docker had learned to read the tea leaves better. Docker E3.0 addresses problems of the here and now and should provide a major boost to the company. Let’s hope they can keep the momentum going.

I admit, I sometimes have weird vacations. I’ve had a few weeks off from work while awaiting the start of my new job. There was a trip to New Orleans (in the summer!) but also time spent watching the livestreams of two tech conferences. A little while back I watched and commented on Apple’s WWDC and, before heading off to NOLA, I tuned into DockerCon. I’m truly a geek. DockerCon is the conference for Docker users. In case you are unaware, Docker is arguably the most used (or at least well known) container technology. Containers are a type of virtualization. There’s plenty of places to look up containers so go do that now if you are ill informed about them.

DockerCon, unlike most conferences I have attended or viewed, is entirely oriented toward technology professionals. Even Microsoft Build and WWDC have more business influence than DockerCon. That’s not unexpected given that Docker’s whole business is centered around developers and sysadmins, It does, however, does add a certain flavor to the proceedings. For instance, the speakers seemed to spend an inordinate amount of time talking about why one would use a container. I would have thought that anyone who was at DockerCon was there to understand the “how” and had already figured out the “why”. It was whipped cream on ice cream – generally unnecessary and in the way of the good stuff.

The most interesting part of DockerCon was seeing how far the technology has come in such a short period of time. It’s not just the growth numbers – though there has been phenomenal uptake in Docker container usage – but the rate of evolution of the product itself that is so startling. In two years, Docker has gone from having only the basic container engine to networking and security upgrades along with the addition of plugins and orchestration. The platform choices have also expanded, though much of it is still in BETA. Whereas Docker, like most containers, has been based on LXC and limited to 64-bit Linux, they are now expanding into Windows and MacOS as well as various cloud platforms such as Amazon AWS and Microsoft Azure.

Docker is also introducing a new container format. Typically, containers have encapsulated one piece of processing. What the Distributed Application Bundle or (terribly nicknamed) DAB does is package many containers together so that a sysadmin can deploy the entire application at once. Not only does this make it easier to deploy a new application but makes it much easier to migrate or move whole applications. Coupled with Swarm, this is a big time saver for the OPS crowd. DAB is still experimental so it isn’t certain if it will become a feature but it shows that Docker is thinking the right way.

The big takeaway from DockerCon is that Docker containers are now ready for the big time. The ecosystem is growing and the product itself has evolved into something that is useful to production environments. Our little container tech has grown up and is ready to wear big boy pants.