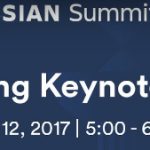 I’ve concluded that, for a lot of tech company user conferences, the livestream is the best choice. You get the announcements and keynotes, some of the better sessions, but none of the expense and hassle. If you are a hardcore software developer or IT professional, then the conference is likely worthwhile since it provides an opportunity to connect to others in your field. For bloggers, marketing pros, analysts, and the rest of the ecosystem, the livestream does just fine. Livestreams were also a way to “attend” events that your company or schedule would not permit. Such is the case with Atlassian Summit 2017. The company I worked for (but no longer work for) would never have approved an expenditure like that.

Atlassian Summit 2017 was both familiar and unique. It followed the basic formula of most tech customer conferences. There were keynotes and breakout sessions and the livestream had both. The keynotes, the centerpiece of any livestream or conference, started with a lot of hoopla – dancers, loud EDM, that sort of thing. After the merriment, a co-founder or CEO (or both) come out to extol the virtues of the company culture and charitable giving. Has everyone noticed that every tech company now has a charitable foundation ala Salesforce? Clearly, it’s in vogue and tech companies love to parade out their good works out at conferences. Then we finish up with a speaker, most likely an author, “thinker”, or celebrity who struggles to connect what they do to the company’s products. Kevin Spacey did that masterfully a few years ago. I saw Scott Adams speak an IBM conference where he was funny but struggled to connect with the theme of the conference.

What was different about the Atlassian keynotes was how sloppy they seemed. The co-founders and co-CEOs, Mike Cannon-Brookes and Scott Farquhar dressed like they were homeless people. Seriously, baseball caps and tousled hair as if they just woke up and said “Oh damn! I have to give a talk in 5 minutes! Better throw on some clothes. No time for a shower.” Just sloppy. Some of the presenters also seemed nervous or unrehearsed as if they were unprepared for the big stage. It may be that this was what Atlassian was going for, trying to project an image of informality and genuineness. Perhaps but to an enterprise IT professional I doubt this would inspire confidence in Atlassian’s products.

And that’s very unfortunate because the best part of Atlassian’s announcements would certainly appeal to the biggest enterprise customers. Data Center, for example, has expanded to include more Atlassian products and added more enterprise grade features. Cache replication and Rebalancing tools especially will allow for more stability in large installations. The new Identity Manager makes Atlassian products more palatable in security-minded organizations. The addition of Project level administration will also appeal to large enterprises where it is untenable for even a group of administrators to manage each project individually. Even something as simple as the new dependency report will be a help to project managers and release managers trying to manage big and complex projects of the type found in large enterprises.

In other words, the image that Atlassian has of itself and projects outward doesn’t sync with growing ability to service the largest of companies. That’s what made the Atlassian Summit 2017 so unique. These customer confabs are usually carefully scripted to project a brand that is especially palatable to the biggest customers. Atlassian obviously prefers to go its own way and be genuine. While I would love to see them drop the aging gamer look – really guys, it looks silly – for Atlassian, being themselves is more important than looking “enterprise ready.” While I think this will change over time but at this moment in time it’s who they are.

On a final note. A number of people saw my posts on Twitter as being negative toward Atlassian. This is ironic given that the theme of Keynote speaker Kim Scott was Radical Candor. When you consider the scope of Radical Candor, saying that the CEO should lose the baseball cap or show up on time for the Keynote is not particularly harsh. So, lighten up people. And lose the baseball cap on stage.