November 29, 2022 digital culture, social, social media, software trends Comments Off on Why I like Mastodon Better Than Twitter

I know; It’s been awhile. Instead of writing about technology, I’ve been writing about new popular music. I still love technology but writing about music is more rewarding. You can check out my blog at Tunes Past To Present. There you will find reviews about new music that appeals to an… let’s say more mature… audience.

That’s not what this blog is about. It is about Mastodon and why it’s so much better than TWITer… I mean Twitter. For those who are unfamiliar with Mastodon, it is a microblogging platform that is, in some ways, similar to Twitter. Unlike Facebook or LinkedIn, you can have one way connections with people. With Mastodon, you can follow individuals and see what they are posting, just like Twitter. That’s where the similarities end.

So, here are my 7 reasons why Mastodon is better than Twitter.

What’s the big negative? The Mastodon server I’m on, linernotes.club – a server dedicated to music, is so engaging that I’m already spending too much time on it. I used to publish on Twitter, but never spend much time reading posts. It was fire and forget. Mastodon has the potential to become a giant time suck. That’s really not a bad thing.

Mastodon delivers community, helps discover new people and content, and provides a more healthy environment than Twitter. Twitter is none of the above and I have doubts about it as a going concern. You can’t lose more than half (probably a lot more than half) of your engineers and keep the system running as is, let alone continue to evolve it. It’s probably done like dinner. One thing I’ve learned in nearly 40 years in IT is not to stay in the dumpster when it’s on fire. I can smell Twitter burning from across the country.

If you want to follow me on Mastodon, you can find me at @DJMRP@linernotes.club from most Mastodon servers. Or join linernotes.club. It’s a great community. 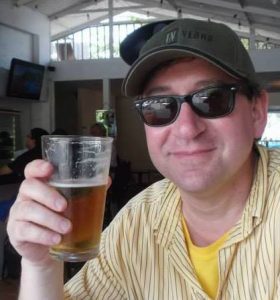