This blog was originally published on the Amalgam Insights website.

As the fall season of tech conferences starts to wind down, something is quite clear – machine learning (ML) is going to be everywhere. Box is putting ML in content management, Microsoft in office and CRM, and Oracle is infusing it into, well, everything. While not a great leap forward on the order of the Internet, smartphones, or PCs, the inclusion of ML technology into so many applications will make a lot of mundane tasks easier. This trend promises to be a boon for developers. The strength of machining learning is finding and exploiting patterns and anomalies. What could be more useful to developers? Here is some examples:

IT managers are still more interested in leveraging machine learning to enhance the product of their labors not the process. In time, developers and project managers will see the value in employing machine learning to help manage large projects, especially when spread over the globe. The gains in efficiency and early warning system alone are worth the effort.

Quantum Computing Gets a New Player 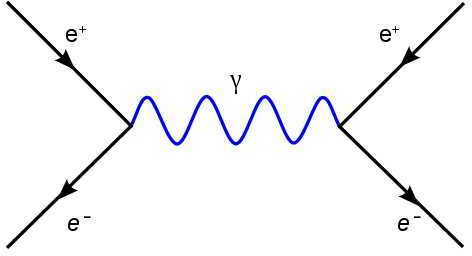 Last week (the week of September 25th, 2017) Microsoft made a huge announcement at its annual Ignite and Envision conference. Microsoft has become one of a small number of companies that is demonstrating quantum computing. IBM is another company that is also pursuing this rather futuristic computing model.

For those who are not up to date on quantum computing, it uses quantum properties such as superposition and entanglement to develop a new way of computing. Current computers are built around tiny electron switches called transistors that allow for two states, which represent the binary system we have today. Quantum computers leverage quantum states that give us ones, zeros, and combinations of one and zero. This means a single qubit, the quantum equivalent of a bit, can represent many more states than the bit can. This is, of course, a gross oversimplification but quantum computing promises to deliver more dense and exponentially faster computing.

When quantum computing becomes practical – I would predict that is at least 5 years away, perhaps longer – it won’t be for everyday computing tasks. The current model is already more than adequate for those tasks. It’s also unlikely that the capabilities of quantum computers, especially the information dense qubit, and costs will have much a place in transactional computing. Instead, quantum computing will be used for analyzing very large and complex data sets for simulation and AI. That’s fine because the AI and analytics market is still new and the future needs are not yet completely known. That future computing needs is what quantum computing is meant to address. Even today’s big data applications can stretch computing capabilities and force batch analytics instead of real-time for some use cases.

Microsoft’s entry into what has been an otherwise esoteric corner of the computing world signals that quantum computing is on the path to being real. It has a long way to go and many obstacles to overcome but it’s no longer just science fiction or academic. It will be years but it is on the way to becoming mainstream.