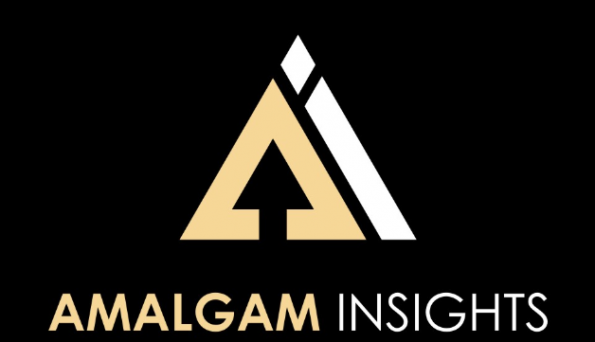 This past week at Red Hat Summit 2019 (May 7 – 9 2019) has been exhausting. It’s not an overstatement to say that they run analysts ragged at their events, but that’s not why the conference made me tired. It was the sheer energy of the show, the kind of energy that keeps you running with no sleep for three days straight. That energy came from two sources – excitement and fear.

Two announcements, in particular, generated joy amongst the devoted Red Hat fans. The first was the announcement of Red Hat Enterprise Linux version 8, better known as RHEL8. RHEL is the granddaddy of all major Linux distributions for the data center. RHEL8, however, doesn’t seem all that old. As well as all the typical enhancements to the kernel and other parts of the distro, Red Hat has added two killer features to RHEL.

The first, the web console, is a real winner. It provides a secure browser-based system to manage all the features of Linux that one typically needs a command line on the server to perform. Now, using Telnet or SSH to log in to a remote box and do a few adjustments is no big deal when you have a small number of machines, physical or virtual, in a data center. When there are thousands of machines to care for, this is too cumbersome. With web console plus Red Hat Satellite, the same type of system maintenance is much more efficient. It even has a terminal built in if the command line is the only option. I predict that the web console will be an especially useful asset to new sysadmins who have yet to learn the intricacies of the Linux command line (or just don’t want to).

The new image builder is also going to be a big help for DevOps teams. Image builder uses a point and click interface to build images of software stacks, based on RHEL of course, that can be instantiated over and over. Creating consistent environments for developers and testing is a major pain for DevOps teams. The ability to quickly and easily create and deploy images will take away a major impediment to smooth DevOps pipelines.

The second announcement that gained a lot of attention was the impending GA of OpenShift 4. OpenShift 4 represents major change in the Red Hat container platform. It incorporates all the container automation goodness that Red Hat acquired from CoreOS, especially the operator platform. Operators are key to automating container clusters, something that is desperately needed for large scale production clusters. While Kubernetes has added a lot of features to help with some automation tasks, such as autoscaling, that’s not nearly enough for managing clusters at hyperscale or across hybrid clouds. Operators are a step in that direction, especially as Red Hat makes it easier to use Operators.

Speaking of OpenShift, Satya Nadella, CEO of Microsoft appeared on the mainstage to help announce Azure Red Hat OpenShift. This would have been considered a mortal sin at pre-Nadella Microsoft and highlights the acceptance of Linux and open source at the Windows farm. Azure Red Hat OpenShift is an implementation of OpenShift as a native Azure service. This matters a lot to those serious about multi-cloud deployments. Software that is not a native service for a cloud service provider do not have the integrations for billing, management, and especially set up that native services do. That makes them second class citizens in the cloud ecosystem. Azure Red Hat OpenShift elevates the platform to first class status in the Azure environment.

Now for the fear. Although Red Hat went to considerable lengths to address the “blue elephant in the room”, to the point of bringing Ginny Rometty, IBM CEO on stage, the unease around the acquisition by IBM was palpable amongst Red Hat customers. Many that I spoke to were clearly afraid that IBM would ruin Red Hat. Rometty, of course, insisted that was not the case, going so far as to say that she “didn’t spend $34B on Red Hat to destroy them.”

That was cold comfort to Red Hat partners and customers who have seen tech mergers start with the best intentions and end in disaster. Many attendees I spoke drew parallels with the Oracle acquisition of Sun. Sun was, in fact, the Red Hat of its time – innovative, nimble, and with fierce loyalists amongst the technical staff. While products created by Sun still exist today, especially Java and MySQL, the essence of Sun was ruined in the acquisition. That is a giant cloud hanging over the IBM-Red Hat deal. For all the advantages that this deal brings to both companies and the open source community, the potential for a train wreck exists and that is a source of angst in the Red Hat and open source world.

In 2019, Red Hat is looking good and may have a great future. Or it is on the brink of disaster. The path they will take now depends on IBM. If IBM leaves them alone, it may turn out to be an amazing deal and the capstone of Rometty and Jim Whitehurst’s careers. If IBM allows internal bureaucracy and politics to change the current plan for Red Hat, it will be Sun version 2. Otherwise, it is expected that Red Hat will continue to make open source enterprise friendly and drive open source communities. That would be very nice indeed.