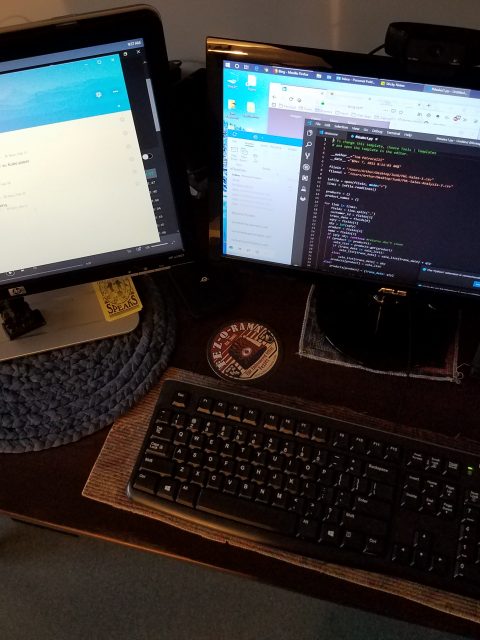 Whew! January was a busy month. In addition to my usual CMSWire columns (my first of the year was about the BDL role in open source), I spent time talking with journalists, working on a new research paper on Service Mesh for container clusters, and finished a paper on Cloud Foundry vs. Kubernetes. Busy busy busy.

At the beginning of the new year, I was quoted in a blog entitled “20 Developers and Kubernetes Experts Reveal the Biggest Mistakes People Make During the Transition to Kubernetes” It’s nice to be called a Kubernetes expert but I wouldn’t call myself that. Kelsey Hightower is an expert; I’m an observer. Still, I stand by my quote about one of the big mistakes when adopting Kubernetes which was “From our vantage as outside observers, it’s trying to apply Kubernetes to all applications.”

An article that I was previously quoted in came out in French. Originally published in mid-December as “Knative project stokes interest in event-driven IT ops” it came out in January in the French language version. I took French in high school and can still read it enough to decipher a wine bottle (shows where my priorities are) but do not speak it. I assume that “Knative : les entreprises montrent un début d’intérêt” quotes me correctly.

More talk about open source later in the month. More accurately, open core. Open core refers to companies that open source their core technology but maintain control over the project while adding “enterprise” features to the product they sell. “Uncertain future of open core software puts companies at risk” talks about the problems these companies have and the advantages of vendor supported open source.

Expect more of me in the press in the coming months.

I also completed a new research paper which compares Cloud Foundry  and Kubernetes as the basis of cloud native platforms. I dispel the myth that it must be one or the other. I expect that to be released within the next month.

And keep your eye out for a major research paper on service mesh technology. A component of microservices architectures, a service mesh is critical to enterprise container clusters and other microservices implementations. Look for it in April just ahead of Cloud Foundry Summit in Philadelphia.

And you wonder why I haven’t been blogging here much.