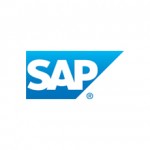 I want to hear from you. Yes you!

May 20, 2016 analytics, big data, cognitive computing, collaboration, developers, engagement, IoT, social, social enterprise, software trends Comments Off on I want to hear from you. Yes you!

I was recently diving head first into quantum computing. Even though I know it’s years away from practical applications, it’s not Star Trek technology anymore. This exercise in future thinking got me wondering which technologies that are actually happening now but still considered early are worthy of my attention.

So I ask you, friends, readers, and brilliant minds, to help me out and answer a short survey about emerging technologies. I’m interested to know which of these you are deploying now, will be implementing in the future, might not be using, or simply are still not sure what it is. These responses will guide some of my future content, so your response can influence what you see here in the future. That’s real power! I promise, this is anonymous.

I want to answer your survey Tom. Take me there now!

Thanks in advance for your responses.